Have you ever considered meditation as a way to improve aspects of your health?

There are many reasons why older adults in Bellingham, Lynden or throughout Whatcom County might want to start practicing meditation. Meditation can enhance memory, slow cognitive decline, improve digestion, boost circulation, reduce stress, lower disease risk and even decrease loneliness.

At its core, meditation is a way to calm the mind and body. There are various styles of meditation, but most involve either concentration, mindfulness or both. Concentration meditation is that classic example in which we focus our minds on a single, specific thing — a sound (perhaps the ringing of a bell), an image (perhaps a flickering candle flame), an action (perhaps the repetition of a specific word) or some other focal point.

Mindfulness meditation, on the other hand, is the practice of being mindful of thoughts as they occur. Essentially, it is attentive awareness of the moment. To practice this form of meditation, we simply sit, relax and pay attention to the thoughts we have, trying not to react to them but just to observe. For a brief explanation of mindfulness meditation and how it can integrate with everyday life, watch this short video from the Western Washington University Counseling Center in Bellingham.

Let’s take a look in more detail at some of the ways that mindfulness meditation can improve the lives of older adults here in Whatcom County:

If you’re interested in getting started with mindfulness meditation in Bellingham, Lynden, Ferndale or elsewhere in Whatcom County, there are several professional services in the area that offer courses and training in meditation, including Mindfulness Northwest, Bellingham Insight and Red Cedar Zen Community.

Ties are great. Wallets are swell. But your dad probably doesn’t need or want those things anymore. If you want to show your love for dad this Father’s Day with something he truly needs, try these three great options: Time. The circumstances of life can make time a rare luxury as your father ages. Older dads typically have children who are in their busiest years — kids in the home, tons of … END_OF_DOCUMENT_TOKEN_TO_BE_REPLACED 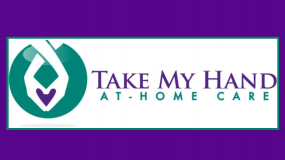 Take My Hand At-Home Care is fully licensed, bonded and insured and has been locally owned and operated since 2012. It is currently owned by Matt … END_OF_DOCUMENT_TOKEN_TO_BE_REPLACED